Warzone 2.0 Rules are out

It took us a while, but the Warzone Resurrection 2.0 rules are live!

Warzone Resurrection was released over 2 years ago. It has been a long journey since then, with many adventures during post-development and ideas what were incorporated into the game. That resulted in Warzone 1.6 few months ago. For about 9 months though, we were working on Warzone 2.0 - an improved and revamped version of the game we all love to play. For us Warzone is something we will always work on and try to make it better with every update.

So to do this, we founded a special Task Force to be responsible for the creation of Warzone Resurrection 2.0. A group of amazing people dedicated to our game that has spent tons of workhours collecting and analyzing your feedback about gameplay of Warzone. They have put a lot of effort in re-designing the core rules and turning Warzone into much faster and easier to pick up game. This results in a more accessible game without losing its essence - this means various new options and possibilities for each unit.

Not only were the main gameplay mechanics were changed - but also every faction of Warzone Resurrection received a revamp from the ground-up. You will notice adjusted units' statistics, changed abilities, and new points values. Some new heroes and units are being introduced for the first time and some classic heroes make their way back onto the stage. The big debut brings forth the forces of the infamous Apostle, Ilian  the Mistress of the Void. The result of this is entire new faction in Warzone - called Dark Legion: Ilian.

It will take some time to release rules in print, so to let you have fun with Warzone Resurrection 2.0 as soon as possible, we will make rulebook available for download for free as PDF early. Bear in mind, this is not the final product, it's release candidate version. The rules are in the final proofreading stage now - nothing will change except finishing layout touches in next few days. You can download release candidate version of the Warbook from our downloads section. 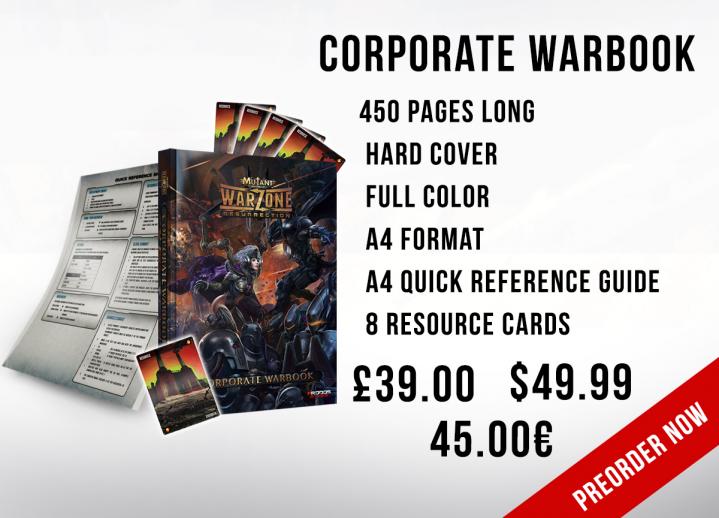 Printed versions in hard cover are available for pre-orders already both from our retailers/distributors and our on-line store. Warzone Resurrection 2.0 rules are available in two formats: full A4 book with story backgrounds added, and compact A5 little book with rules-only without any story additions. 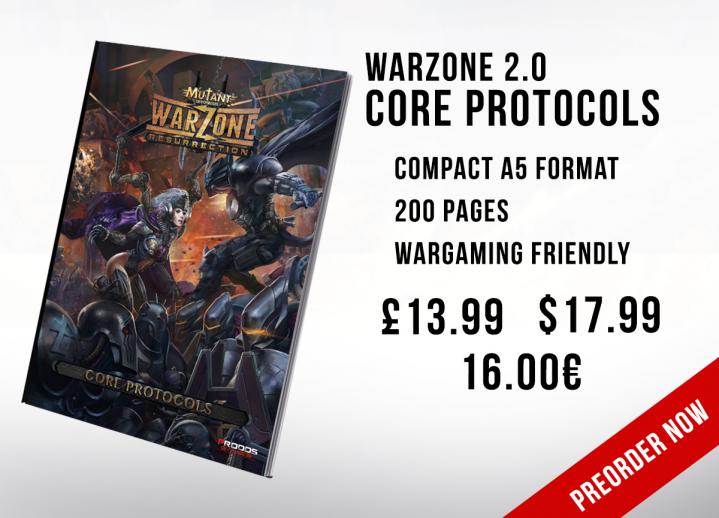 One of the major changes in Warzone are Advanced Play Cards. They are direct successor of the faction-specific Mega Decks we use now in 1.6. In Warzone Resurrection 2.0 there is only one set of cards which players can build their decks. Every card has two effects  One side is available for everyone and the other side is for a specific faction. Advanced Play Cards set will consist 120 cards (3 copies each of the 40 unique cards) to choose from, and it's also available for preorder from our retailers/distributors and our online store. 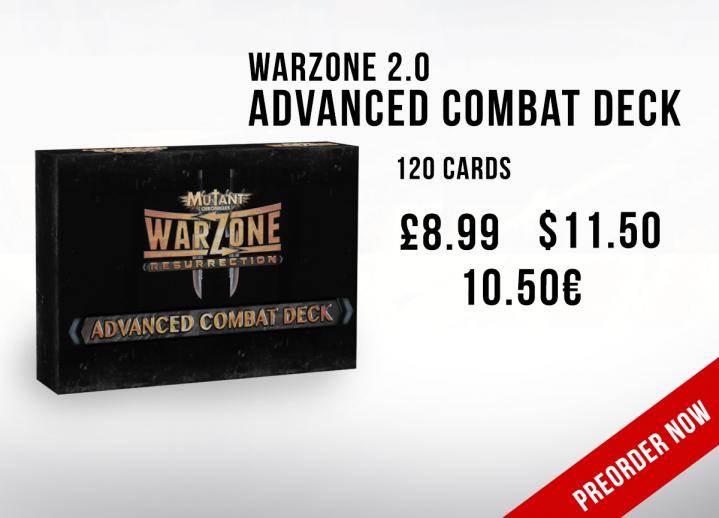 Last but not least - we have special bundle for you - it consits all of the mentioned products and limited edition miniature of Roberto Feltordo. 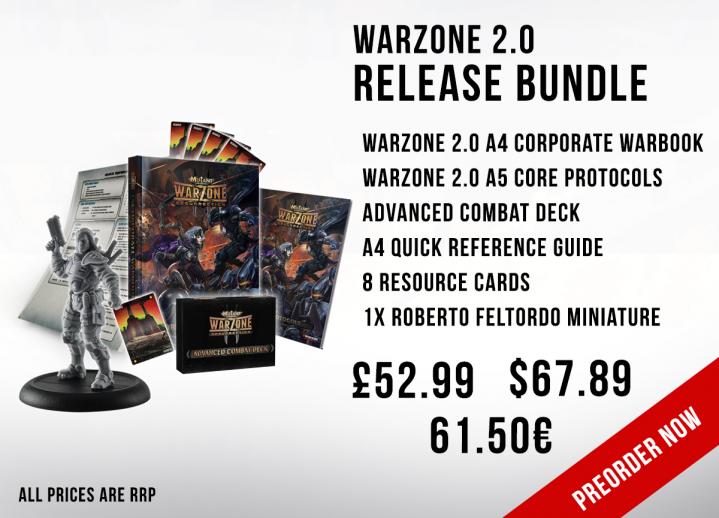 All of this and much more is coming to Warzone Resurrection 2.0. Stay tuned for more updates! All of the products will be availble on Essen Spiele 2016 and later on. 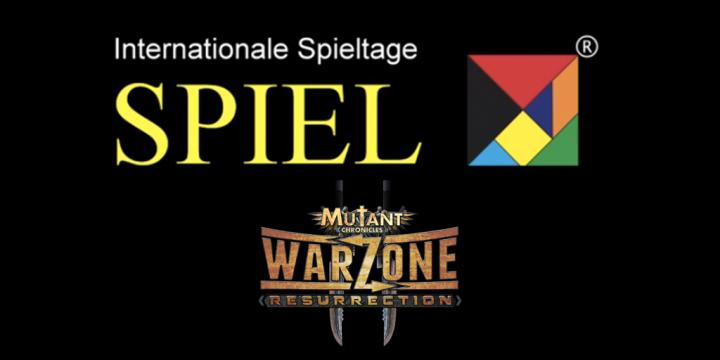 If you make preorder on our webshop using code "essen" you will be able to pick up your order from our booth on Essen Spiele 2016!

The price of release bundle

The price of release bundle in € is fail

The PDF has an embarrassing

The PDF has an embarrassing number of typos and problems guys. Is this still being looked at or is it off the to printer already?

The rules are looking really

The rules are looking really good! But I agree with Veldrain, so many typos and unclear rules in the pdf. So unnecessary. Why not letting the community have a look at it before printing? Have tried to reach out in FB channel but no answer. Would hate to have another printed book getting filled with errata sheets two weeks after release.

"unclear rules in the pdf" -

"unclear rules in the pdf" - both me (Andreas) and Marshall are very active on Facebook as are many of the guys that were in the 2.0 tester Group.

In most cases where People claimed that a certain rule was unclear we were able to solve the Problem by directing the People to the correct rules entries in the book. Not saying there is a typo or two in there, but an "embarrasing amount" would be something over 40-50 probably (even then, with 455 pages that would be 1 typo every 10 pages) and I really dont think there are that many.

In any case: we´re VERY open to constructive criticism and thankful for Players pointing out obvious mistakes.