Hot summer is upon us, but Xenomoprhs are known to be resilient - a bit of summer ray won't do them much harm. And this release is all about Aliens. And more over, it's dedicatd to Alien Versus Predator universe, especially video games. Release date for new items is 14th of August.

Alien faction is still missing a lot of HQ class miniatures other than Alien Queen. On of the less royal "leaders" of Xenomorphs are Evolved Warriors. Inspired directly by Alien Vs Predator franchise they are now part of AvP Boardgame family as UniCast miniatures. And this month's bonus miniature added to pre-order is also a very special Evolved Warrior, "Specimen 6". Bot miniatures are directly inspired by video games in their poses and elements on the scenic bases.

As a xenomorph hive grows in size, on occasion, a Warrior will mutate into a unique type of its own. Highly adaptable, these creatures are often mistaken for a standard Warrior until it is too late for their enemies. Some of them are able to spray acid at close range onto multiple enemies at once, others can camouflage their exoskeleton to blend into their surroundings to leap upon their foes, and some of them are even able to heal the most grievous of wounds almost instantly. 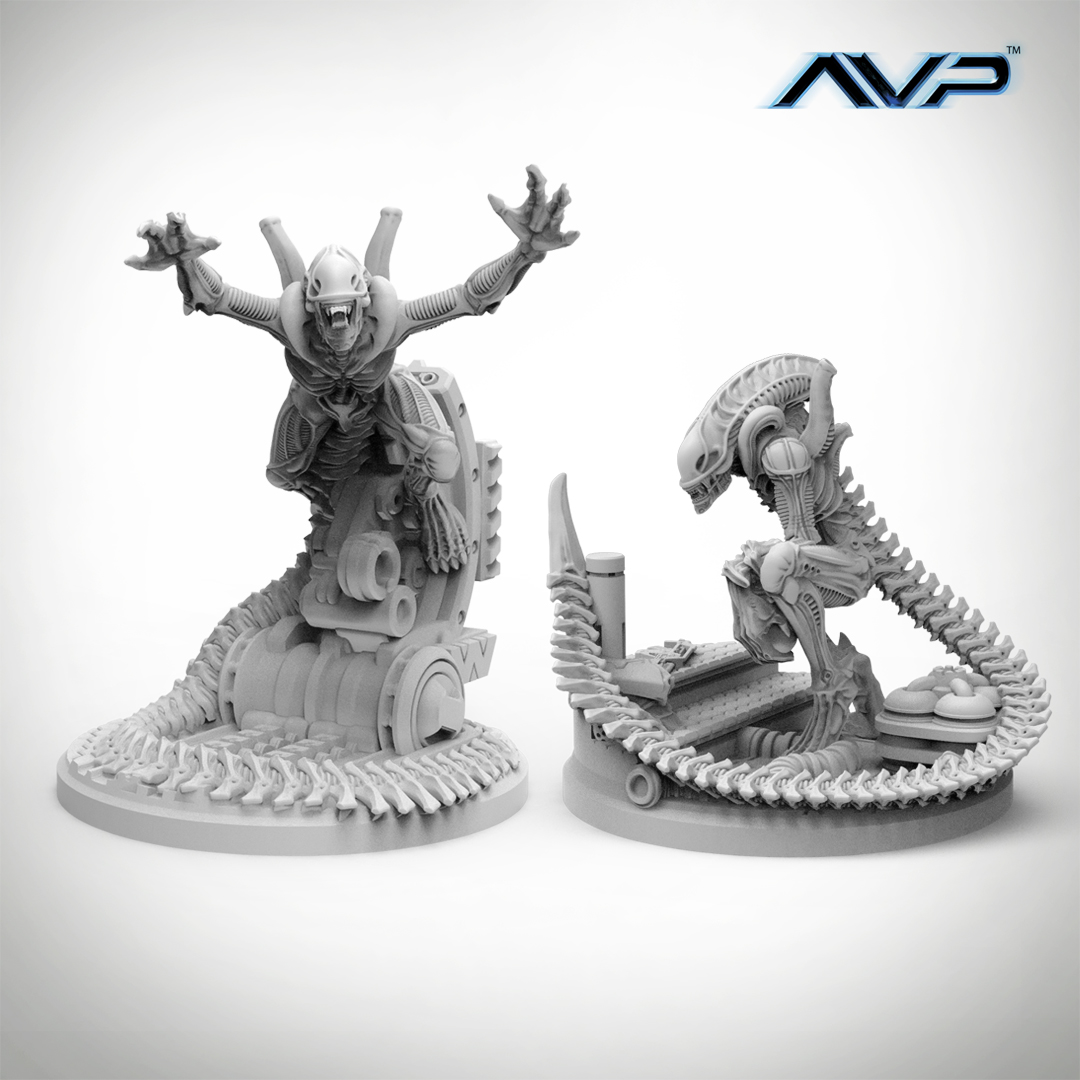 Release date is 14th of August. 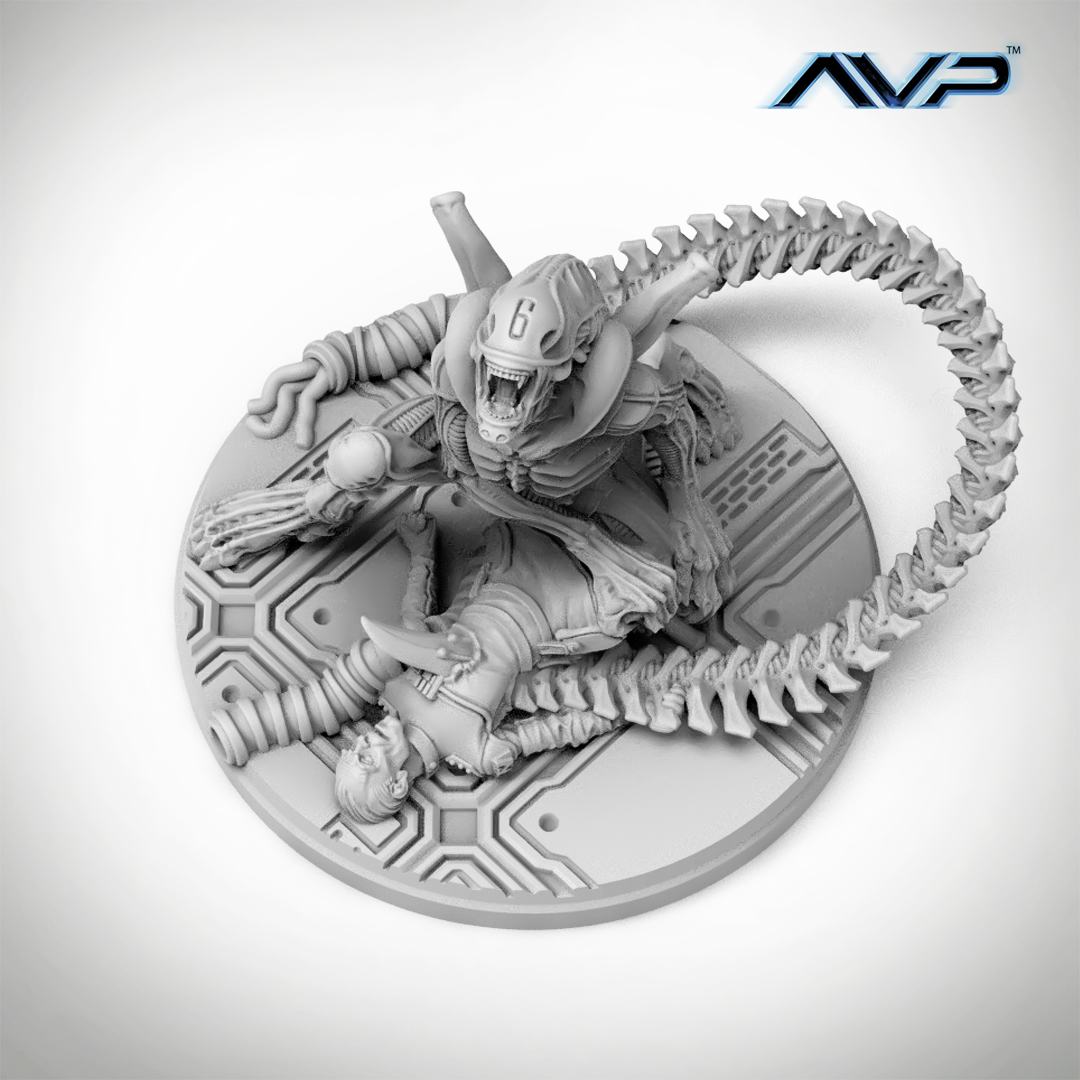 As you can see, "Specimen 6" has a long story with Weyland-Yutani Scientists. We did our best to capture this unique "bond" and turn it into great miniature. It has same scale as other Evolved Warriors, same base and share same stats. So it's fully usable in a game - both Hunt Begins and Unleashed.

Our second new release is Alien Praetorian. It's also an UniCast miniature. 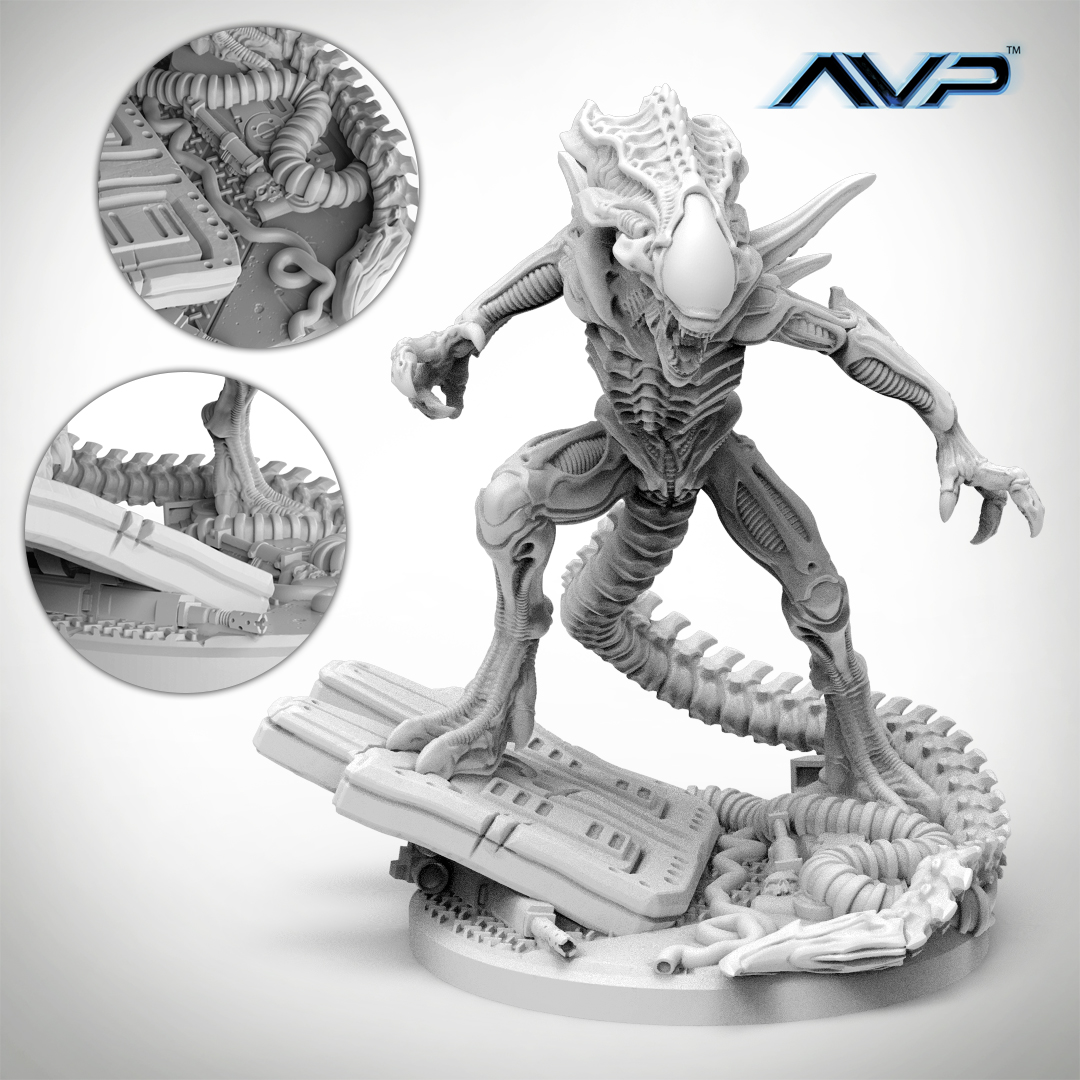 On a pictures below you can learn the both size and scale of new releases. 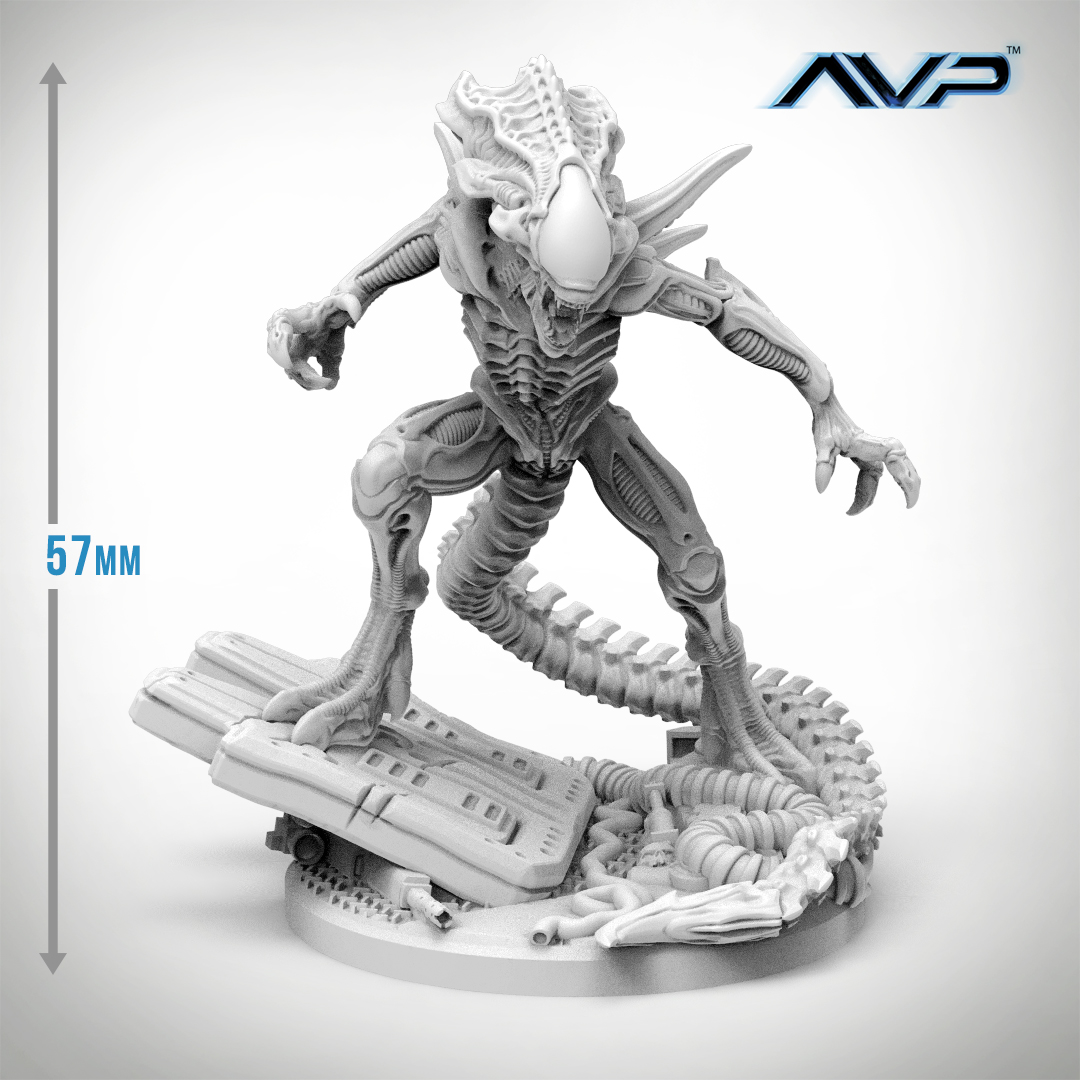 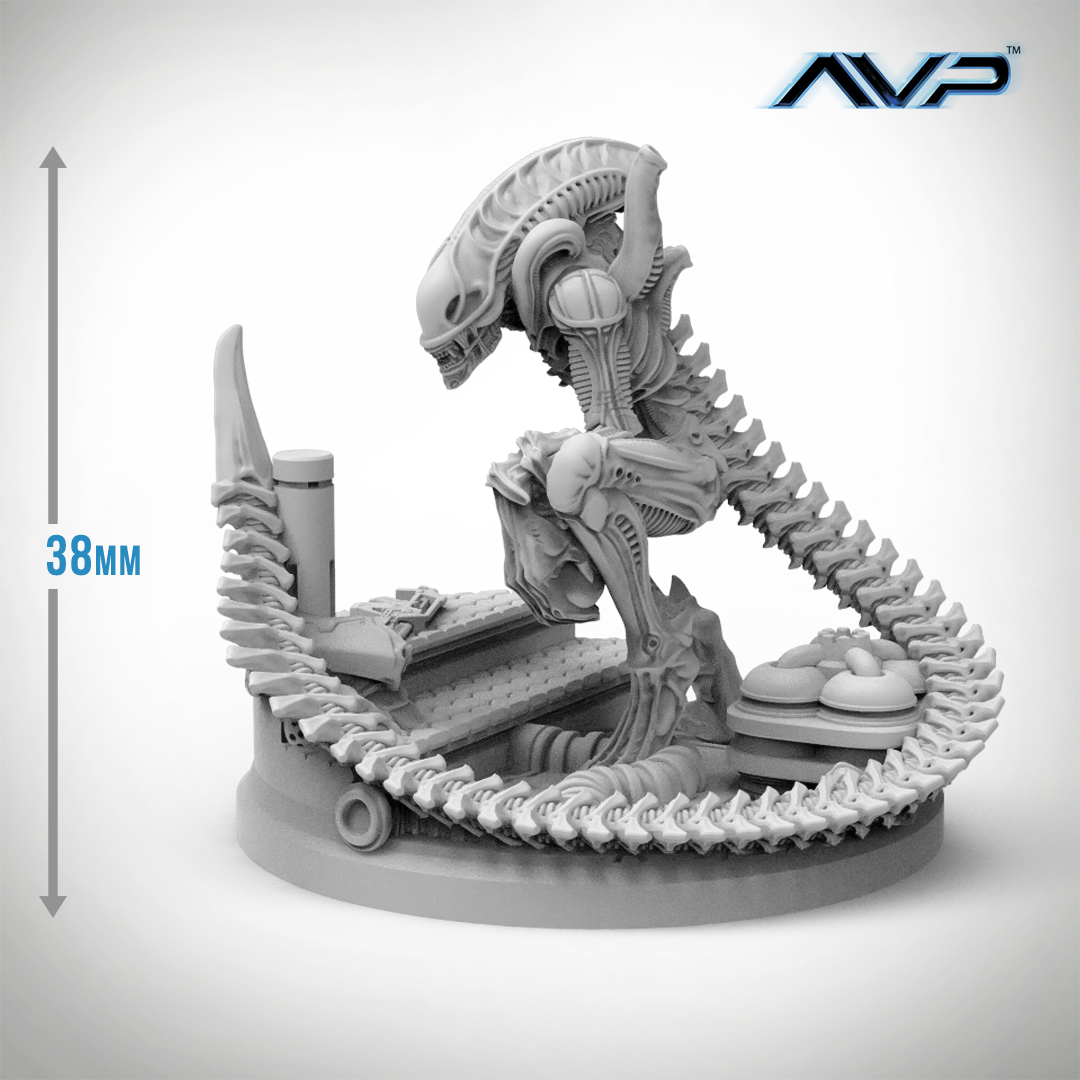 Scale of the models when compared to existing models. 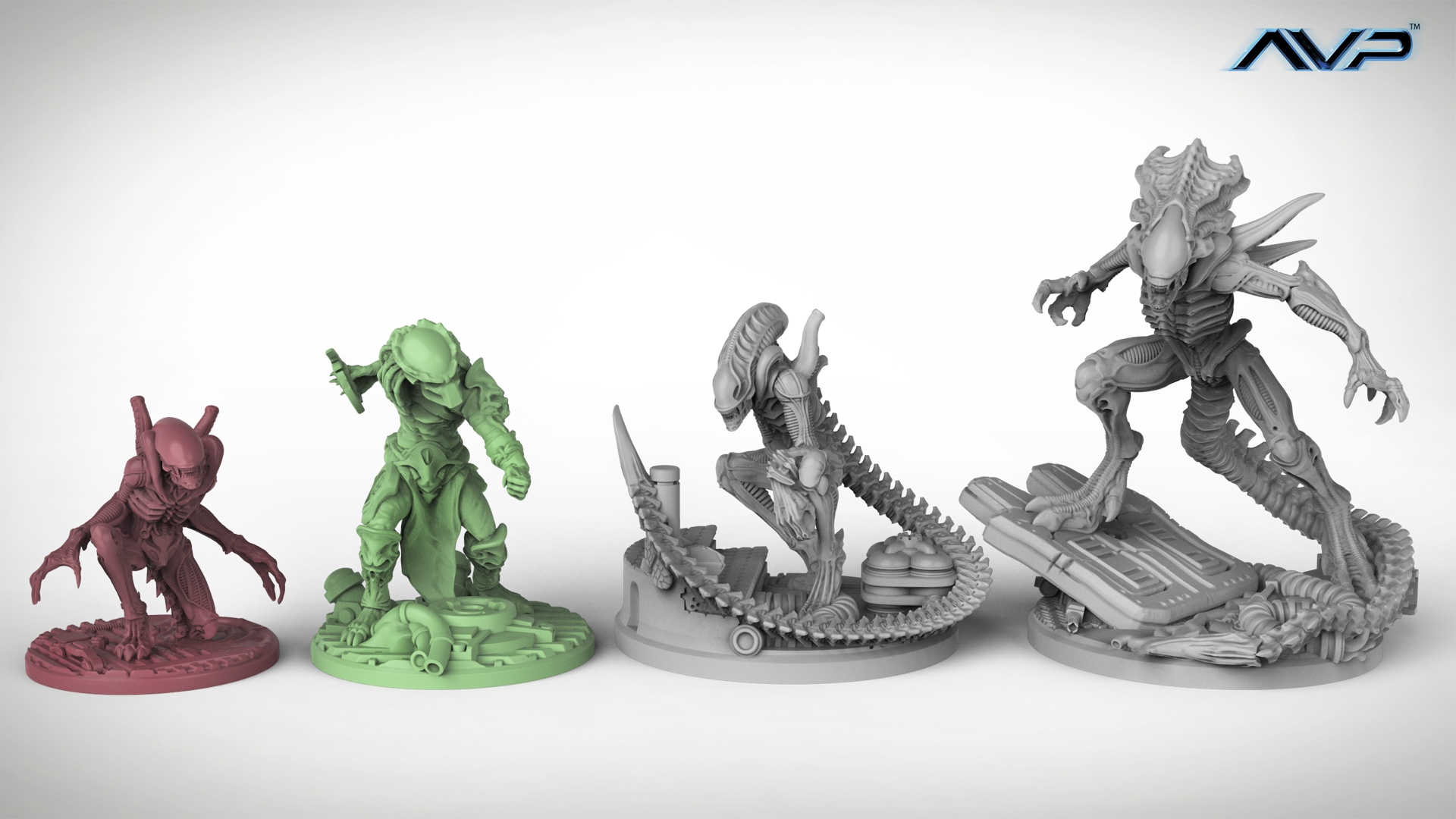 Release date for new products is 14th of August. Until then every Pre-Order of "Evolved Warriors" come with "Specimen 6" Diorama for free.

Received my order for these

Received my order for these earlier today, and LOVE them. (Budget is tight at the moment, so I just got one of each of the above so I could get the Specimen 6 model as well.)

The Specimen 6 model in particular impressed me. Not only is it a beautiful model, but it also included a unique card and token for play. The card even was different than the other "Evolved" models (Had to go looking, but on their website here there's special rules for it in the downloads area.)

Love the Unique character for the Alien faction, and while I REALLY hope that a Spitter model is in the near future, I'd love to see additional Unique models for the faction (And all the factions for that matter.) The Abomonation, Grid, Newborn, Raven, or others would make fun and interesting models to field with our armies.